Remembrance Day: There But Not There

We were joined today for an armistice assembly by representatives from Bedworth Lions they brought with them a full-sized Tommy, entitled ‘There but not There’.

The full size statue commemorates the fallen of WW1 and is yet another reminder of the fact that the town has continually observed Armistice Day every year since 1921.

The Tommy is being taken around schools, places of worship and community centres in Bedworth, Bulkington, Exhall and surrounding villages.

Denise Musson who joined us and is project lead for Bedworth Lions said: “We will be holding drawing, poetry writing and story writing competitions at each venue, based on the Tommy and his possible life before and during the war. Bedworth Lions will donate small prizes. However, it is planned that we will in the future, produce a book called ‘The Bedworth Tommies’, using all the best competition entries. Proceeds from sales of the book will be given to the Armistice Parade Committee and other local charities working with the armed forces.” 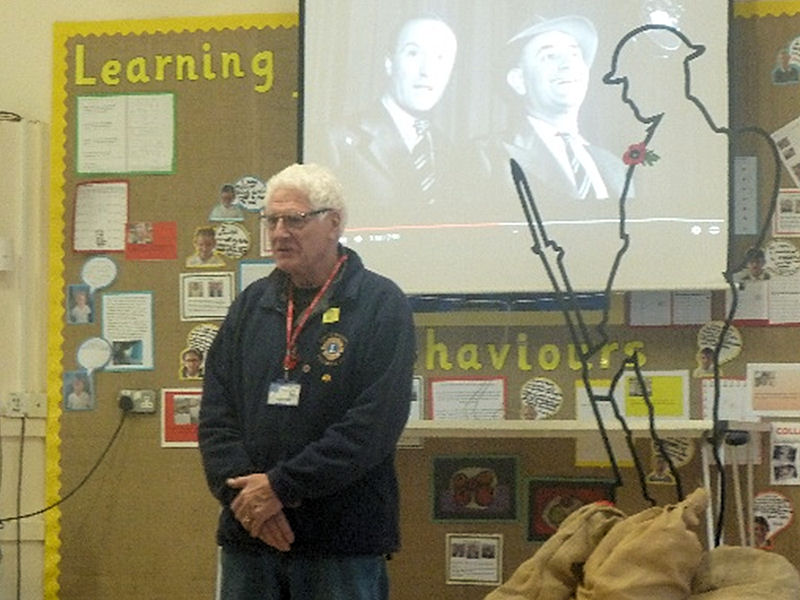 Our Assembly featuring the Tommy statue